Story Title: Go-getter
As soon as I heard Mr Tade’s voice, I quickly dropped the love portion into his tea, picked up the file and walked straight to meet Mr Tade ..” Here is your file sir”, He didn’t suspect  anything.. I smiled and walked out of his office.. I felt like a smooth operator.

Mr Tade drank the love portion and it wasn’t long he came down to my feet ,crawling and begging for my love.I got what I wanted. He became my puppet, moved into my apartment ,our love affair was overwhelming that we became everybody’s hot topic of discussion in the  office  but I didn’t care. Tade abandoned his family and worshipped me like a goddess.
One Friday night after closing hours from work, we went clubbing ,that night we had so much fun and got drunk. The whole club was gradually becoming empty so we drove home, on our way home we were involved in a ghastly motor accident.
Trade died on the spot, I was the only person that survived with a terrible scar which disfigured my face  and leg. I wished I was dead because the whole injury brought me stigma, it was then I understood that life is all vanity and beauty is vain.. I decided to move to another city,repented , got born again and  became an usher in church.

Three years later,I got married to an amazing guy, Deji. I didn’t tell him about my ugly past because I believed that old things have passed away and all thing has become new. So I kept my past to myself.
After many miscarriages, I took in and gave birth to a set of twin girls through Cesarean operation  but Deji wanted a son, we tried again it was a girl, on the third attempt my doctor warned me that I was risking my life after three times on operation but I was ready to do whatever it takes to  give my husband a male child so I risked it the fourth time.
During  the third trimester of my pregnancy, Deji travelled for a business conference ,came back home and started acting strange, he called me ” Retired Prostitute” all my secret has been exposed, I should go and look for the father of my kids because he wasn’t their dad.
I thought he was joking,I tried talking to him but he pushed me that I fell so badly, almost broke my neck. He also asked me to leave his house but i refused. I knew the devil was at work, so I went into fasting and prayer.
Deji left home for weeks,I called his phone lines,all to no avail, he came home one Saturday with a lady to move his belongings out of the house. I tried to talk to him again instead  he and the lady gave me the beaten of my life, they dumped me there in pains, thank God for our neighbors who came to my rescue ,i had severe complications i lost my baby due to still birth.
Rumour has it that Deji travelled abroad to start a new life with the lady. He abandoned me and our

daughters claiming they are not his blood.
Now, I am a single mother of three, struggling to make ends me.Life is really hard, my beautiful face and banging body has been disfigured.
I looked back and realised all my mistake. I allowed my beauty get into my head,   desperation is never ambition… See what my crazy go-getter attitude has caused me.I ruined many homes now karma has come for me, just like the Yoruba saying goes  ” Asegbe kan osi,Asepamo lo wa”. We will all reap what we sow. My fellow ladies pls learn from my mistake.
Thank you for reading this week’s captivating story full of lesson. I promise next week story will be jaw-dropping…

I appreciate all your likes,share and comments.

Have a lovely week ahead! 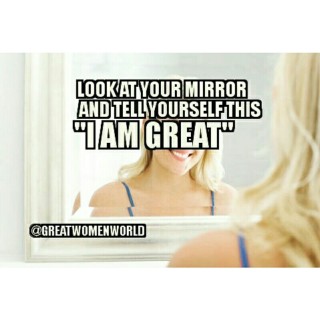